​James is a local (Franklin County) miller enjoying his later years in peace.  However, for four long years his life was anything but peaceful.  He served in the Union Army during the Civil War as an artillerist, including fighting on all three days at Gettysburg.
Experience my portrayal of James to hear not only what it was like to fight in the war, but also about life as a veteran after the war including the early efforts to commemorate the Battle of Gettysburg and preserve the battlefield. 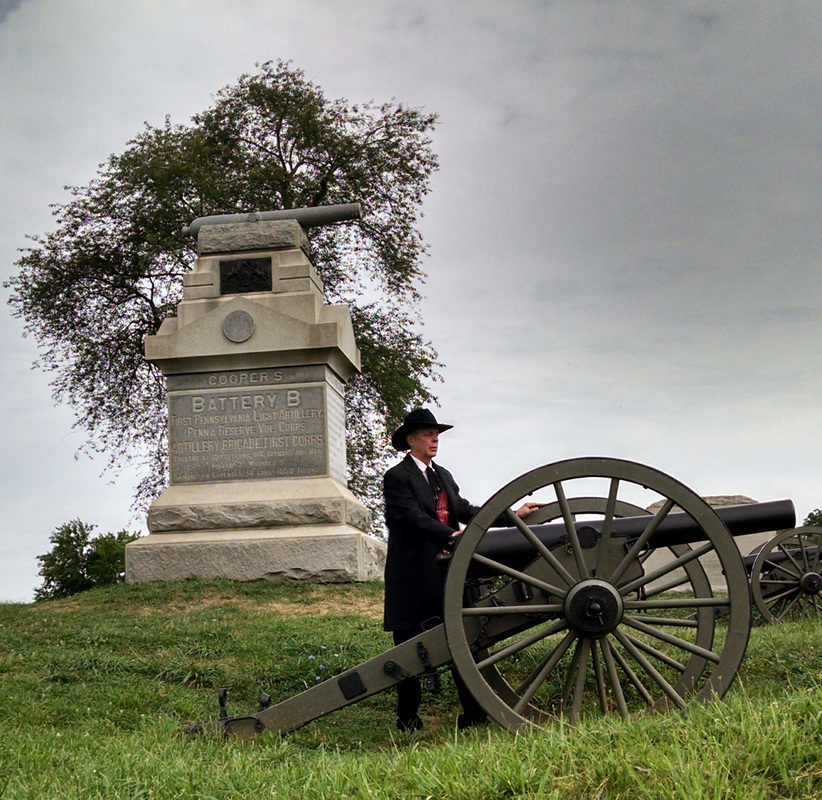